Last week, I went over Shellcoding and provided an example of how you can get arbitrary code to run due to a buffer overflow vulnerability in a simple program. I began by compiling the target application with a bunch of flags that turn off various mitigation techniques. One such mitigation technique is non-executable (NX) stack memory. In modern machines, when a process is started and its address space is created, the operating system will mark user controlled memory as NX so that if an attacker is able to gain control of the value of the program counter, they cannot simply jump to code that they have written to the stack or the heap. Because of this mitigation technique, the exploit that we developed last time is useless.

This segmentation fault occurs because the program tries to execute code that is marked NX. The operating system catches this and terminates the process.

Return-Oriented programming is an exploitation technique that allows an attacker to execute code even when user controlled data is flagged as non-executable. This is accomplished by writing a series of addresses to instructions found within the target application/dynamic libraries it depends on. An attacker is able to put together pieces of a vulnerable application to achieve some end goal (usually open a shell).

A gadget is a single chunk of code generally followed by a ret that is chained with other gadgets. Some useful tools such as ROPgadget can help you find useful gadgets in a binary.

A ropchain is a full program written with return-oriented programming consisting of a collection of gadgets. 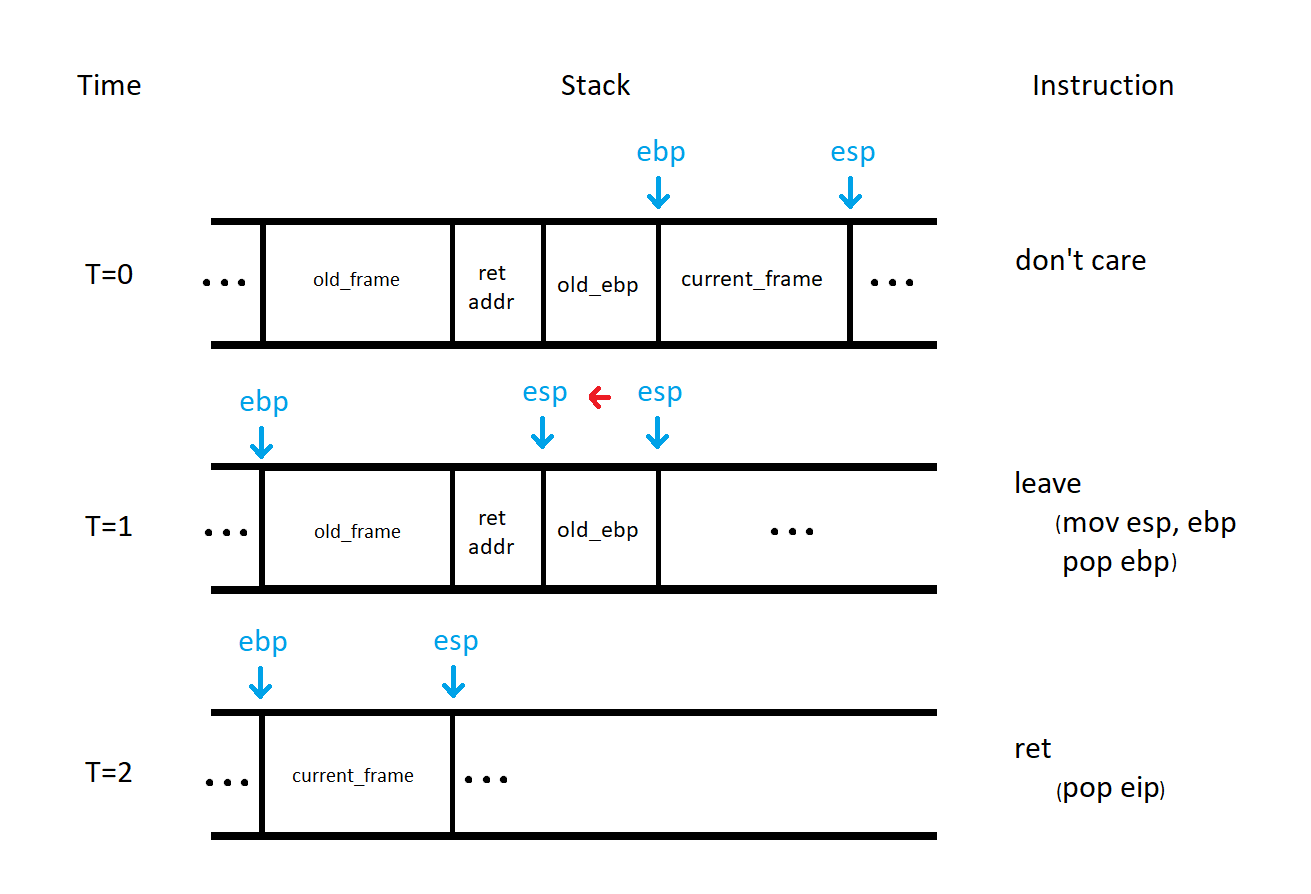 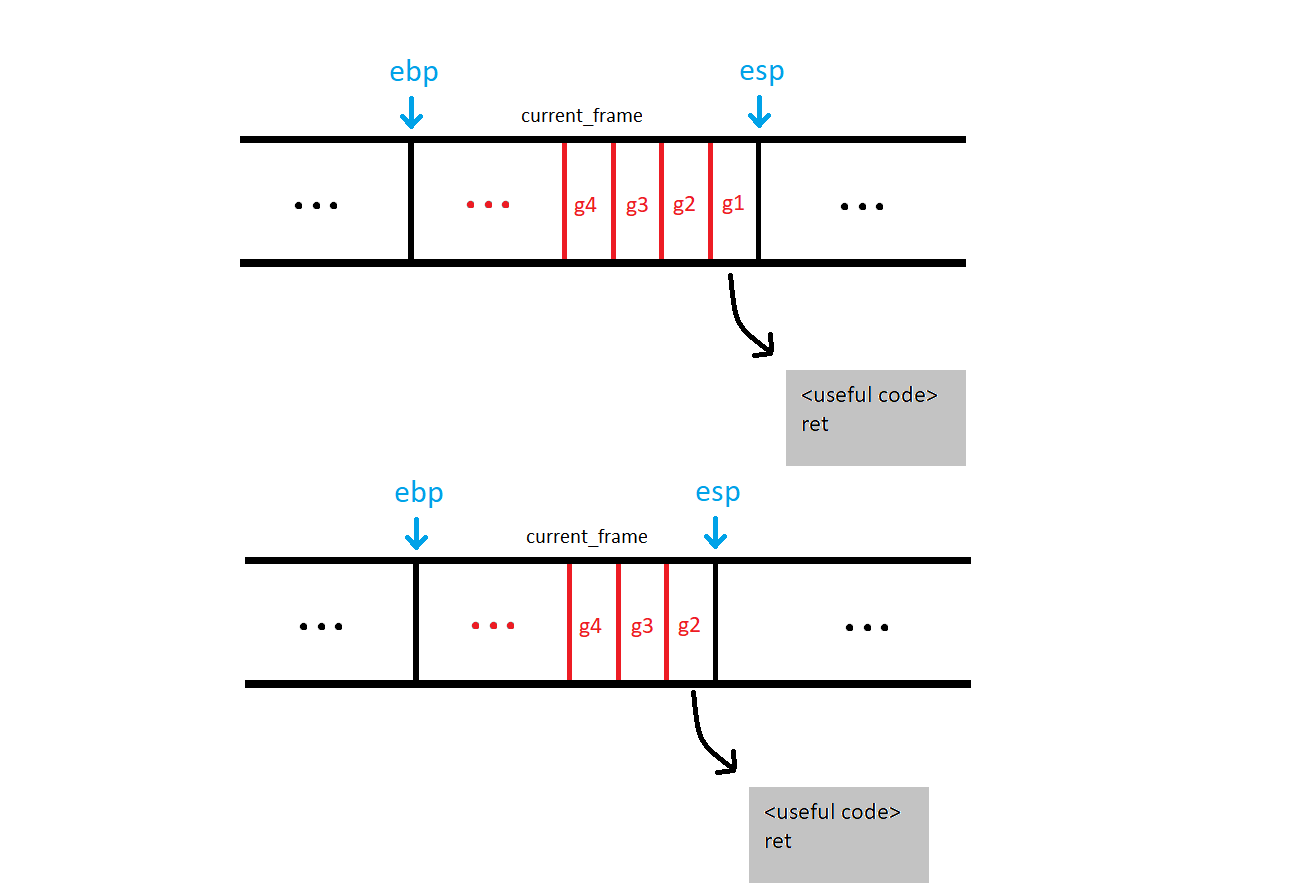 Once the first gadget in the chain is done, the ret instruction is executed. This is the same as pop eip, so the program counter now goes to the second gadget since it is now at the top of the stack. This chain of addresses continues to execute until a gadget ends without a ret. The final gadget usually ends in a call or an int instruction since we typically set up a function to call.

No matter what your goal is when developing a ropchain, you probably need to find certain patterns of gadgets to achieve your goal.

The first thing that you want when developing a ropchain is control over the registers. To gain control of a register, look for a gadget that contains pop rXX This will allow you to set the value of rXX to a value within user-controlled data. For example, the perfect gadget to set the rcx register would be:

This gadget only sets the rcx register without any side effects. It is not always possible to obtain an ideal gadget, but you should look for gadgets that have minimal side effects.

The next step for common ROP use case is to write a string or some other data somewhere in memory. This can be accomplished by chaining a bunch of write-what-where gadgets. These gadgets contain instructions that look like: mov [reg1], reg2 where reg1 and reg2 are registers that you have control of from the previous section. This allows you to write any value to any address in memory that the process has access to.

To help mitigate the possibility of an attacker using ROP to exploit a program. A developer can take advantage of Address Space Layout Randomization (ASLR). This mitigation technique randomizes the address of a process in memory, forcing an attacker to either guess the address of gadgets or somehow leak that information. This mitigation technique is implemented by default by all modern operating systems.

To prevent user control of the program counter, developers need to pay close attention to avoid bugs that can lead to an overwrite of the return address on the stack. The use of stack canaries can also help mitigate the control that an attacker can achieve without first leaking values on the stack. Most compilers implement this technique by default.

To learn more about return-oriented programming, I recommend watching this video by Gynvael Coldwind. He explains the process that he uses when building a ropchain and explains everything clearly. ROP Emporium is a nice war-gaming website that consists exclusively of ROP challenges.